By Christopher Price on December 7, 2011 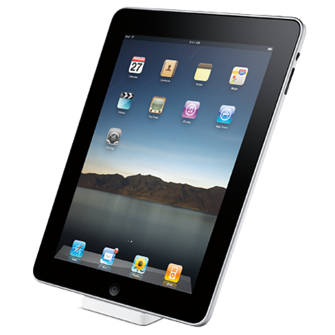 Verizon Wireless has slashed prices on their remaining supply of first-generation iPad docks. The docks are being sold online for $9.97 with free two-day shipping.

This is one of the lowest prices that we’ve ever seen for the iPad dock. It is compatible with nearly all iPad accessories that use the 30-pin dock connector, including the Apple VGA adapter. It allows for the iPad to be docked upright, in an elegant manner. Most importantly though, it can be combined with iOS 5’s enhanced video-out functionality to allow for first-generation iPad units to have a proper place in a home theater solution.

Verizon has been slowly clearancing accessories since the launch of iPad 2. Verizon Wireless retail stores carried the Wi-Fi version of the iPad, and sold it mated to a Novatel MiFi 2200 to answer AT&T’s iPad with built-in 3G data connectivity. This was a stop-gap solution between Verizon Wireless and Apple, while Apple was developing a Verizon-compatible 3G version of the iPad 2.