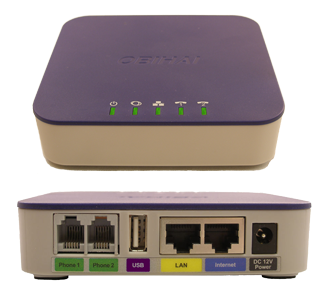 Ever since Google Voice implemented a walled garden, it’s been hard to call it a champion of open VoIP calling. Well, almost. Startup Obihai managed to slip under the walled garden, cutting a deal with Google to become the exclusive VoIP provider for Google Voice – Hangouts excluded.

If you support Google Voice, and want to see Google keep it going, we really encourage you buy one and use it monthly. The more people that do, the less likely Google will pull the plug on Google Voice – which considering the Android app is over a year old, is starting to become more and more concerning to us over at PhoneNews.com

PhoneNews.com Staff articles are typically in-depth articles. These are articles that involve multiple, and at times, several staff members who each contribute to the hard-hitting coverage that we deliver here.