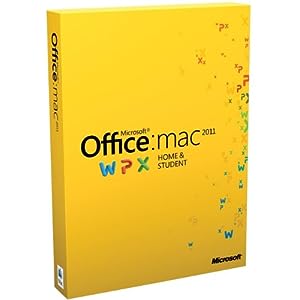 Amazon is offering today-only, Microsoft Office 2011 for Mac for $69.99 shipped.

This is a single-license version, but is a good option if you have one Mac in your house that uses Office. This version of Office for Mac does not include Microsoft Outlook, but does include Word, Excel and PowerPoint.

Office 2011 is an important update for users running Mac OS X 10.7 Lion, as Microsoft has promised to deliver performance and enhancement updates that embrace the new user interface and performance improvements in Lion. Older versions such as Office 2008 will only be updated for security and minimal compatibility support going forward.

It’s the lowest price for Office 2011 for Mac that we’ve seen, in standalone (no upgrade required) fashion.

Consistent with our recent announcements, we’ll be rolling out general tech-and-other deals, and deal-related news right onto the newsfeedâ€¦ whenever we feel it’s relevant enough to you to stop the presses.