Browse: Home / Microsoft Launches Windows Live for Mobile on Series 60 In the US 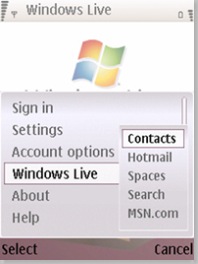 Microsoft has officially launched Windows Live for Mobile in the US today as well as other territories around the world expanding availability of the access client to 33 markets and 16 handsets in the process.

The service as before will launch as a free trial with billing to be implemented at an undisclosed later date.

The service works by providing access to the most popular services on the Windows Live network which include Windows Live Hotmail, Messenger, Live Contacts, and Spaces.