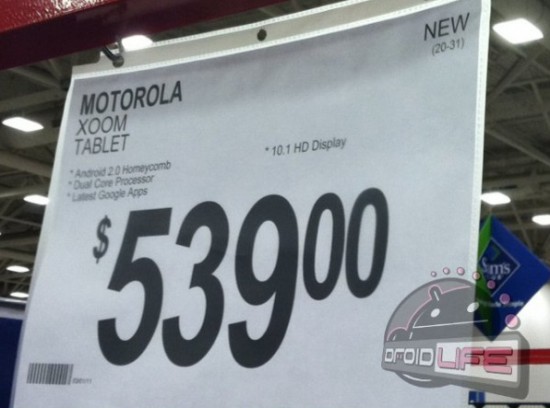 According to the image, the forthcoming Wi-Fi version of the Motorola Xoom will be priced at $539.99 at Samâ€™s Club. While the Xoom Wi-Fi tablet has been confirmed for launch in April in Europe, a US launch has yet to be confirmed. The Xoom Wi-Fi version is expected to be identical to the version sold on Verizon Wireless with a 1GHz dual-core Tegra 2 processor, 10.1-inch capacitive display at 1280Ã—800 resolution, a 5.0 megapixel camera, 720p video recording and 1080p video playback, 802.11n WiFi radio, Bluetooth 2.1, and 32GB of on-board storage.