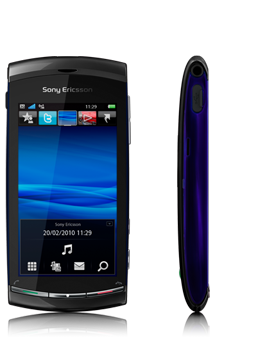 Sony Ericsson has leaked a dedicated product page for the unannounced AT&T version of the Vivaz touch-oriented multimedia device, which is now offline.  The Vivaz features S60 5th Edition along with quadband GSM,  tri-band HSPA, an 8.1 megapixel camera with 720p video capture, 640×360 resolution touch display, Bluetooth with stereo audio support, aGPS support, microSD card slot.  The phone is slated to launch on AT&T according to documentation revealed by the FCC in June.