Browse: Home / Xperia Play Now On Ebay Ahead of Launch

Xperia Play Now On Ebay Ahead of Launch 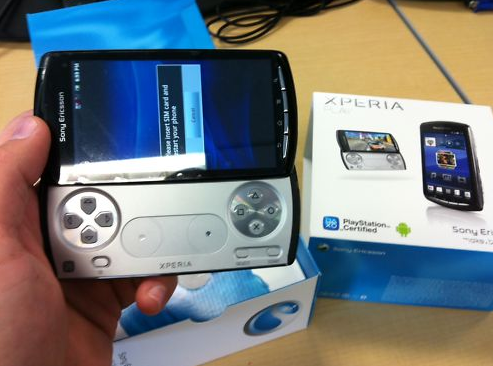 Not too long after the Game Developers Conference held last week in San Francisco, it seems that certain lucky developers are looking to make some quick cash off of their swag. Case in point, a lucky few scored the forthcoming GSM version of the Xperia Play and have promptly put them on ebay. with one going for $700, while another has recently been listed for significantly less.

The Xperia Play will be released by Verizon Wireless in April with a 4 inch capacitive touch display, 1GHz Qualcomm MSM8655 Scorpion processor with Adreno 205 GPU, 1GB of ROM, 512MB of RAM, a microSDHC slot along with a 5.1 megapixel camera with flash and 720p video capture.

While no US GSM carriers have confirmed their own version of the Xperia Play, officials from the manufacturer have confirmed that the device is not exclusive to Verizon, despite being developed in tandem with the carrier and marking the return of Sony Ericsson to CDMA phone development since the T608 in 2003.